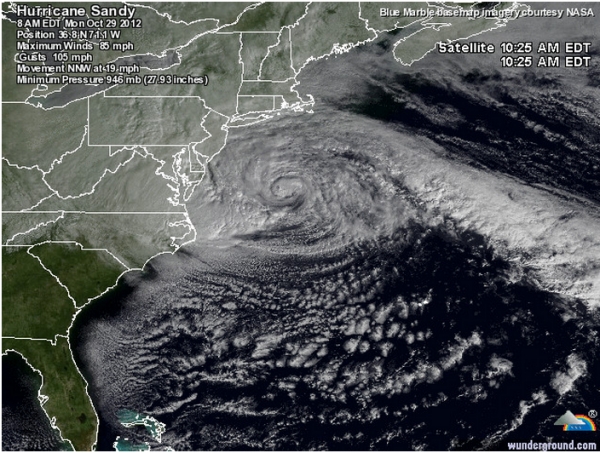 The earth is engaged in a never ending struggle to balance its temperature extremes - that is the extreme cold at the poles with the extreme heat of the tropics. The job of tropical weather systems is to vacuum heat from the tropical oceans & deliver it to the poles. Conversely cold fronts & cold core low pressure systems take the cold from the poles & cast it south over the warm oceans, cooling  the warm sea which concurrently warms the cold air mass. This dance of cold & warm air oftentimes results in intense storms. Some storms are purely tropical, like Hurricanes, while others are purely cold core, such as Nor’easters that tap their heat energy from the warm Gulf Stream. Others however are a combination of the two – a Hybrid storm. These hybrid systems typically occur in the fall when ocean temperatures are the warmest, tropical systems are common, and the northern jet tracks cold core low pressure systems further south where they feed off this tropical heat energy. These intense storms form because of the relative extreme contrast of the two clashing air masses & the immense amount of heat energy infused by a tropical system. With the temperature of the oceans rising, it is logical to conclude that there is more heat energy available & hence a greater clash to be had when the air masses collide.

Envision the Atlantic as an immense bowling alley & the east coast population centers are its pins. Each year the tropics roll a series of systems in our direction. While the majority of tropical disturbances don’t have much punch, and many end up as “gutter balls” curving back out to sea, some do manage to develop into “strikes”, impacting the U.S. east coast, but that isn’t so common. More common are cold core low pressure systems that ride up the east coast, feeding off the Gulf Stream, sometimes “striking” as intense Nor’easters.  As we transition from summer into fall & winter, tropical systems often combine with advancing cold core systems to produce some very intense “Hybrid Storms” – part Hurricane, part Extra Tropical Low. Hybrid storms happen quite often. Virtually every tropical system that is drawn northward transitions or becomes absorbed into a cold core area of low pressure. We just don’t hear much about them as this frequently occurs NE of us, in the North Atlantic. However, sometimes variables align such that this clash happens closer to home. Three noteworthy storms that most adults of today will remember are the Perfect Storm or Halloween Gale of 1991, the Halloween Northeaster of 2011 that dropped a foot of snow and was also accompanied by huge seas, and of course Super Storm Sandy in October of 2012. Interestingly, all three of these systems unleashed their fury during the last week of October. 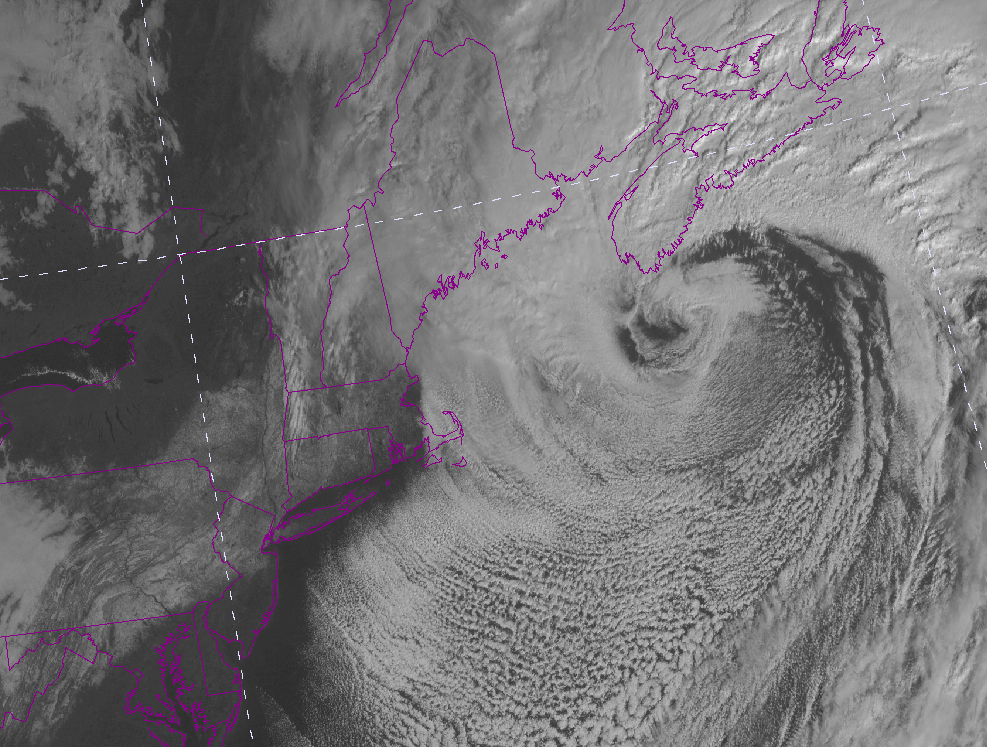 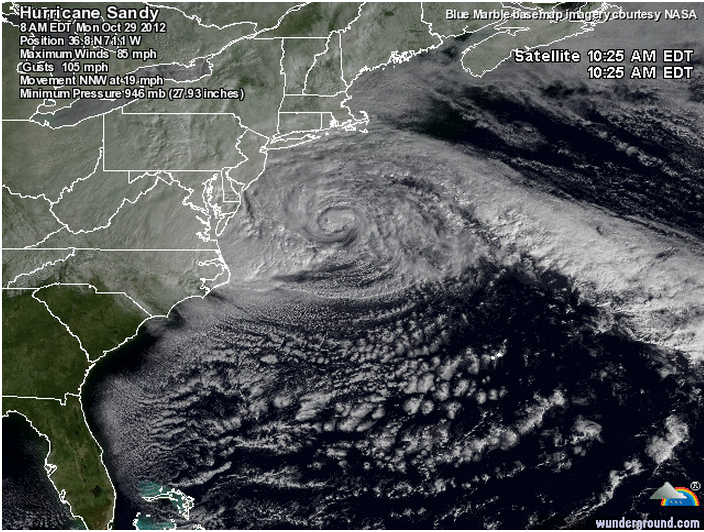 On the grand scale of things, Plum Island dodged a bullet with Sandy. A meteorological wobble in the storm which spanned 1000 miles of ocean, altered its storm track by 150 miles, sparing New England, while devastating Long Island & New Jersey. Let’s examine how close we came.

As Sandy tracked N/NE off the mid- Atlantic coast, she was blocked by an area of low pressure to her east & high pressure to her N/NW. This funneled the storm into the Northeast U.S. It became a challenge of predicting how far north she’d travel, before she was forced west, after which she would stall.  Had the storm continued north for just 6-12 additional hours before turning west, she would have made land fall on Long Island, instead of southern New Jersey. This 150 mile alteration in storm track would have placed her northern wind-field & storm surge across Massachusetts, where she may have stalled for 3 days as she spun herself down. Imagine 6 storm tide cycles; it would have changed the landscape. 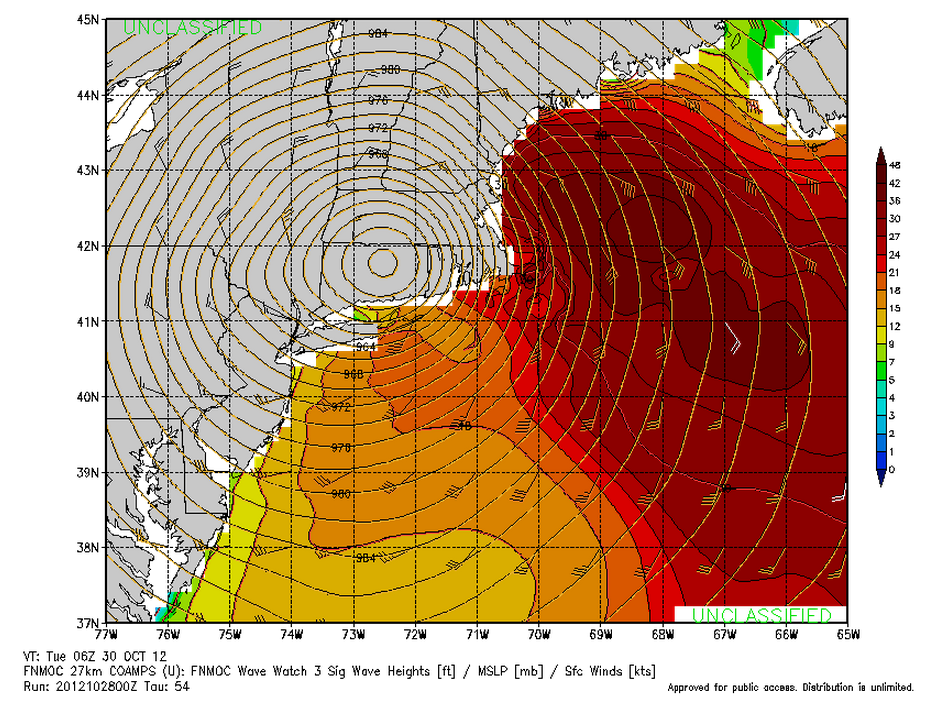 New Jersey & Long Island’s Devastation would have been ours… 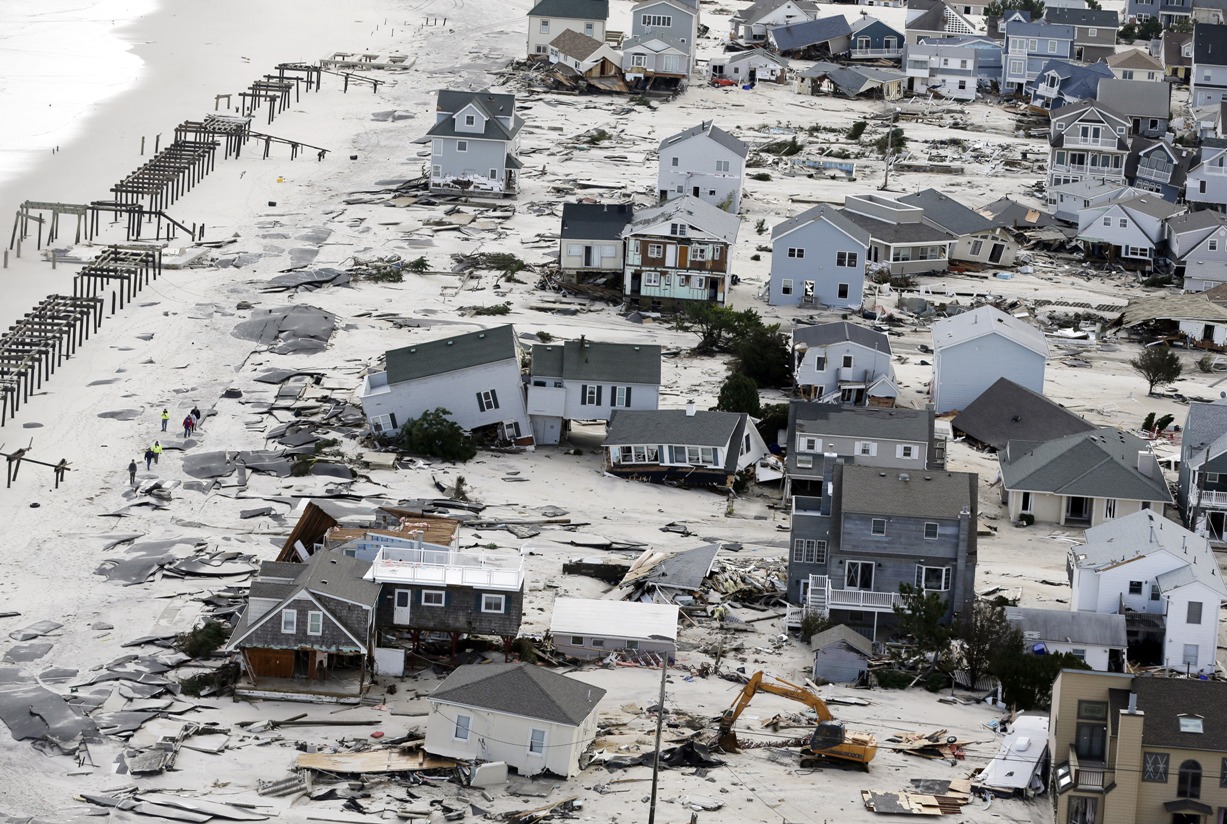 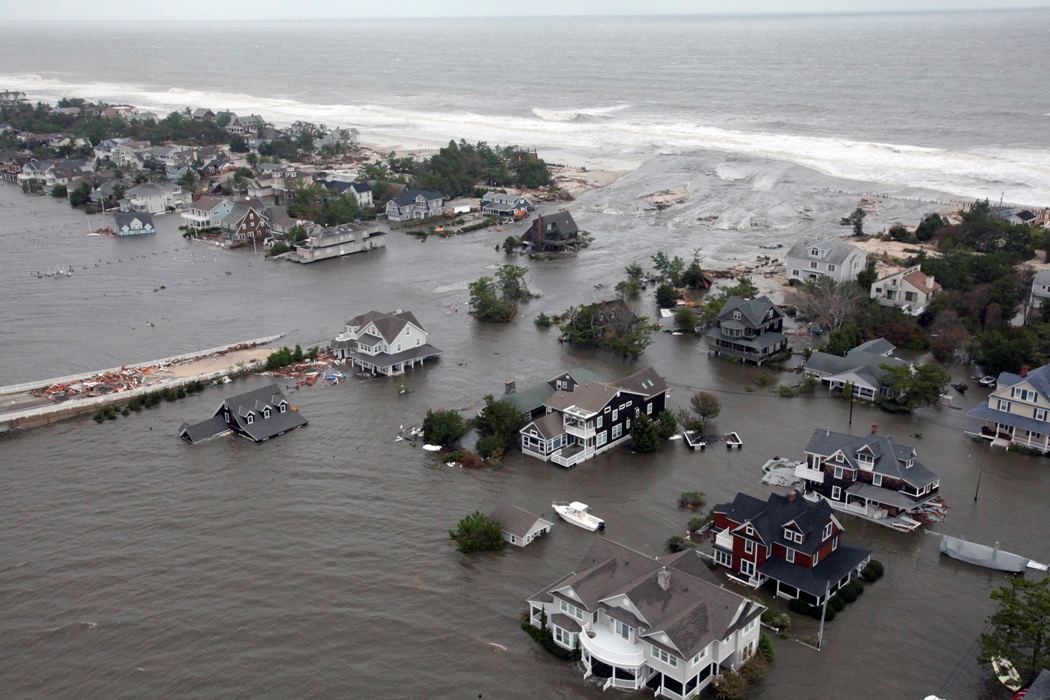 Where Would Our New Inlet Form? Photo: Mike Morris 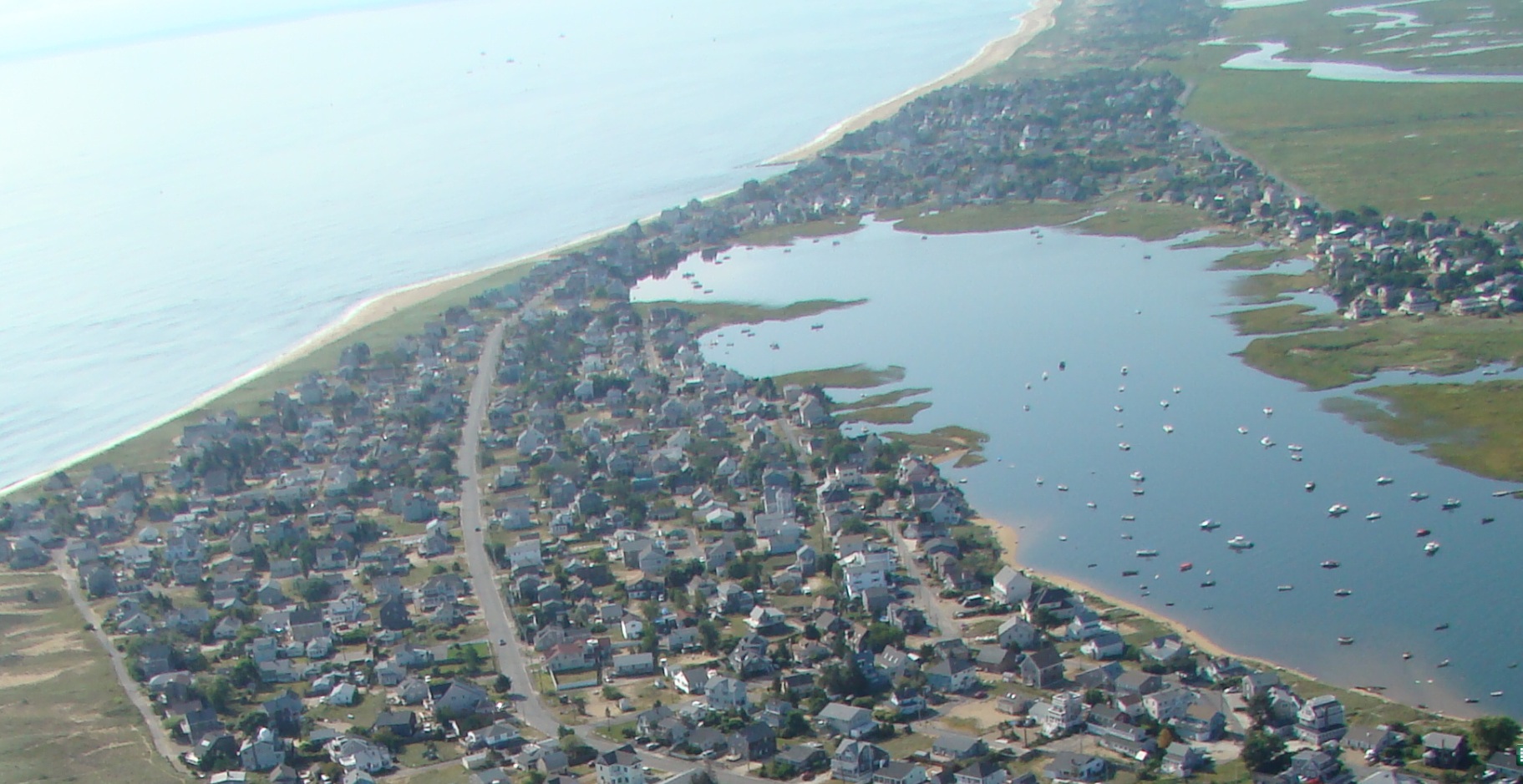