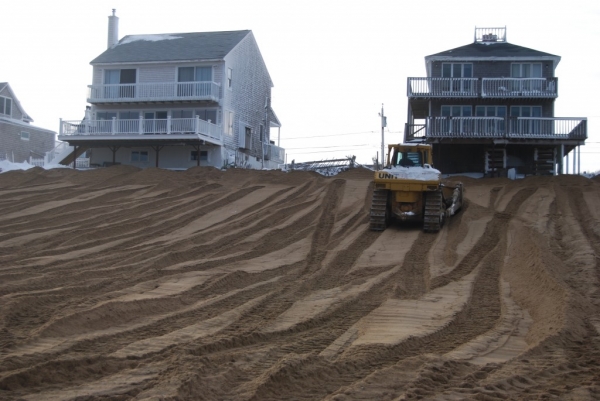 Beach Scraping... is illegal for a reason. Though it's been done at Plum Island & other beaches, Scientists have observed the practice to be ineffective, causing more harm than good. If you understand how the shore works, you can concur with their conclusions:

When waves are large, sand is drawn from the beach to create a long sloping ramp that dissipates wave energy. Without it, waves would hit the beach at full force creating massive amounts of erosion. During times of low wave energy, this shallow area of sand is pushed back up on the shore, oftentimes downstream from where it originated, eventually washing up in front of someone else's house.

The process described above also interlocks & packs sand particles creating a fairly stable substrate (about a solid as sand can be). When you walk on it at low tide, you don't sink in.

So how does beach scraping affect this process? When we beach scrape we do 3 things that make our situation worse: 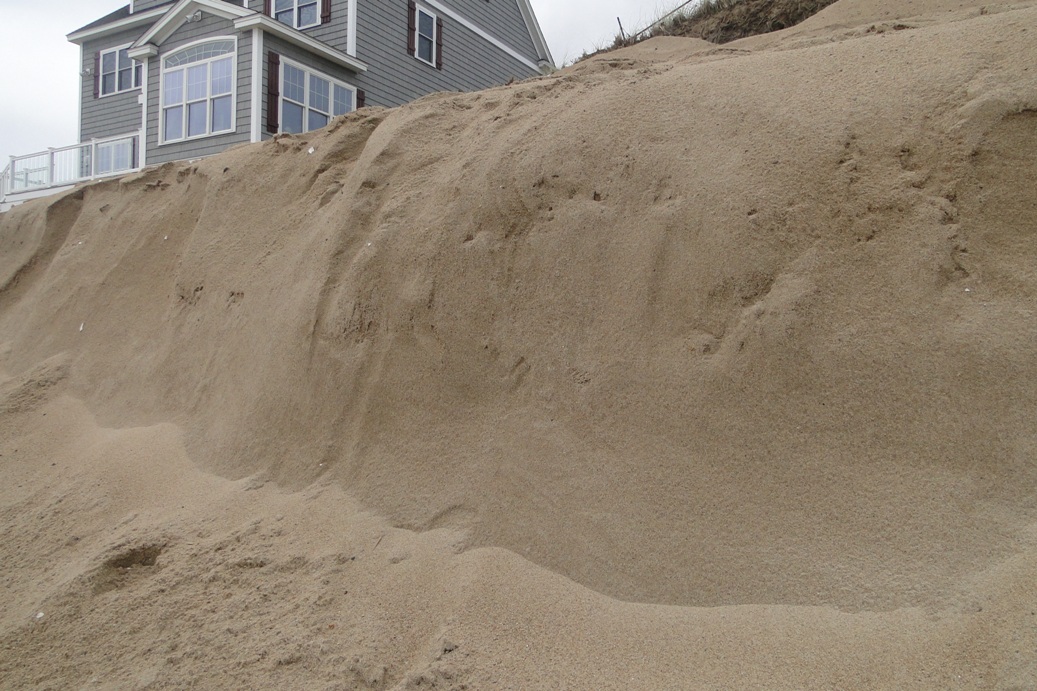 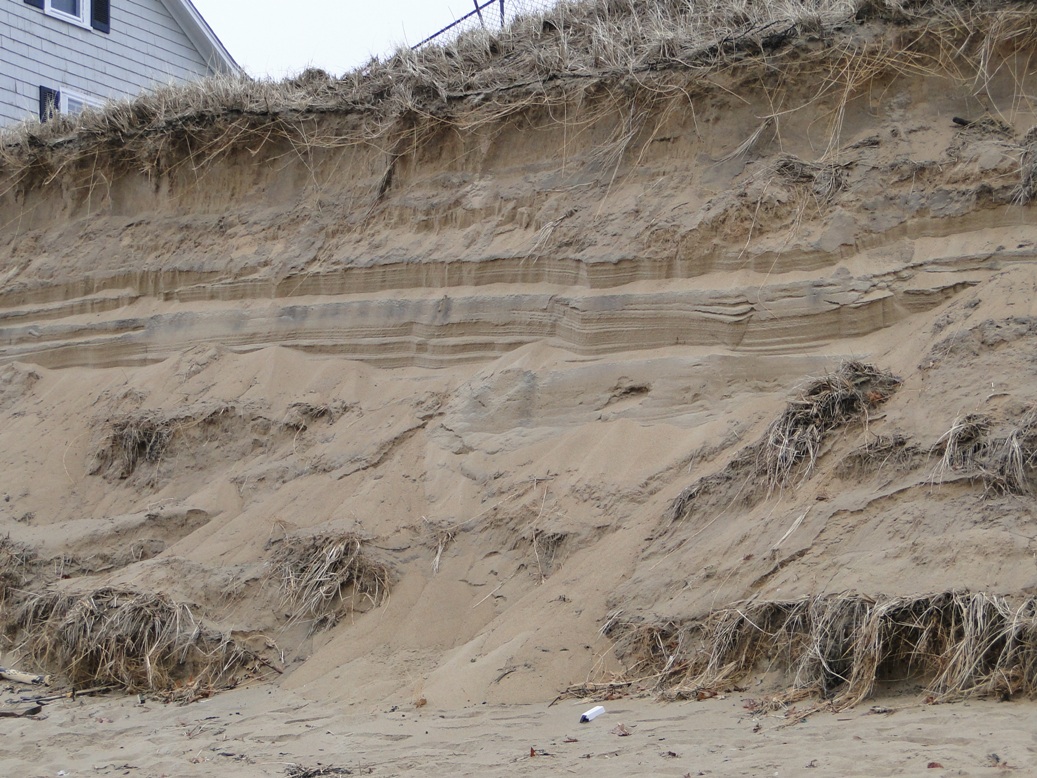 Some may argue that 10 inches of scraped sand doesn't matter. But remember, it's being replaced by 10 inches of water. Inviting 10 inches of water closer to your home before a storm is not a sound strategy. Consider that a gallon jug of water weighs 7 lbs., & coincidently is about 10 inches tall. Imagine how many of these gallon jugs fit in the scraped area between Plum Island center & the Columbia way groin. Now imagine playing catch with a gallon jug of water. Move that mass at 10-15 mph in the form of a wave & you can begin to visualize the forces involved.

Finally, because Plum Island has a narrower overall shore (due to the combination of a failed River Jetty & rising sea) there is a new storm high water mark that encroaches upon existing homes. A wall of sand built seaward of that high-water mark will quickly be scoured away when storm waves seek their level. 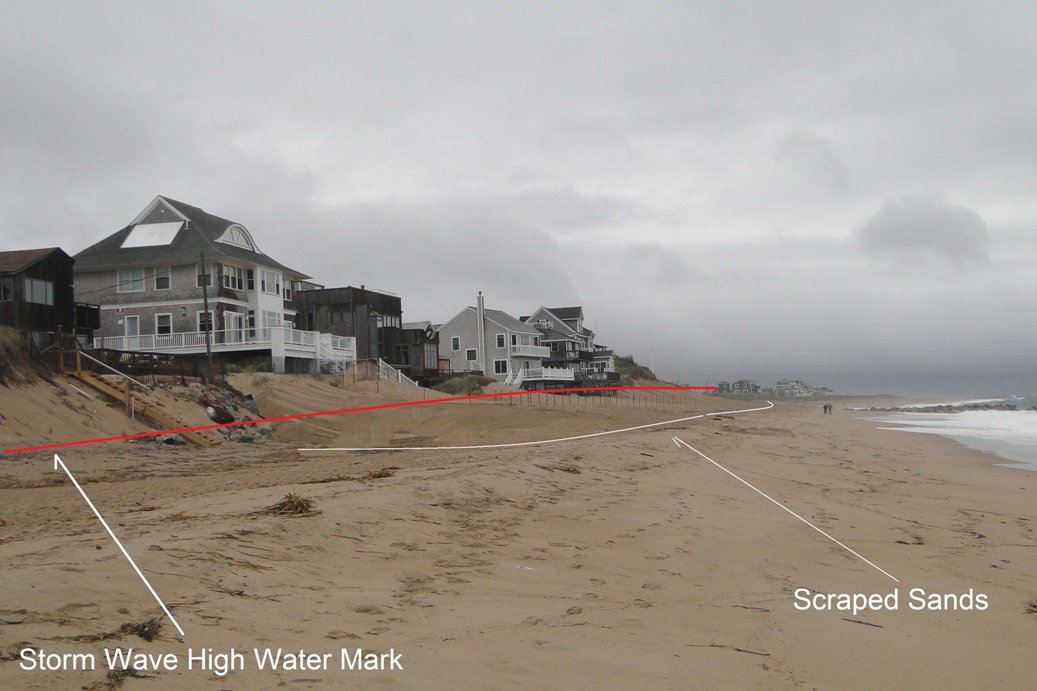 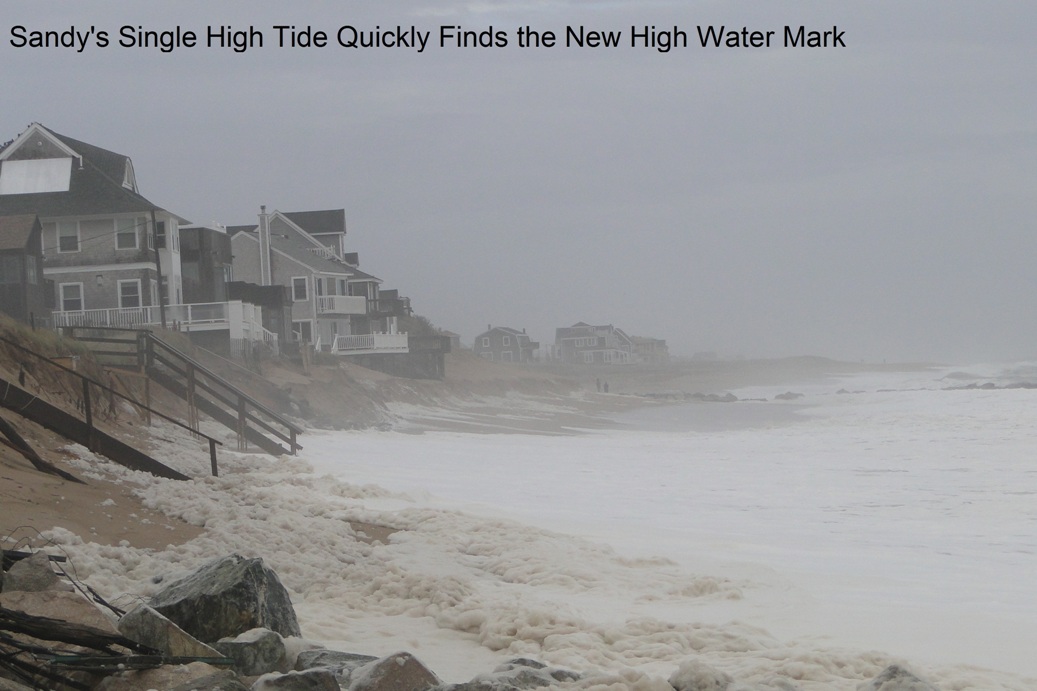 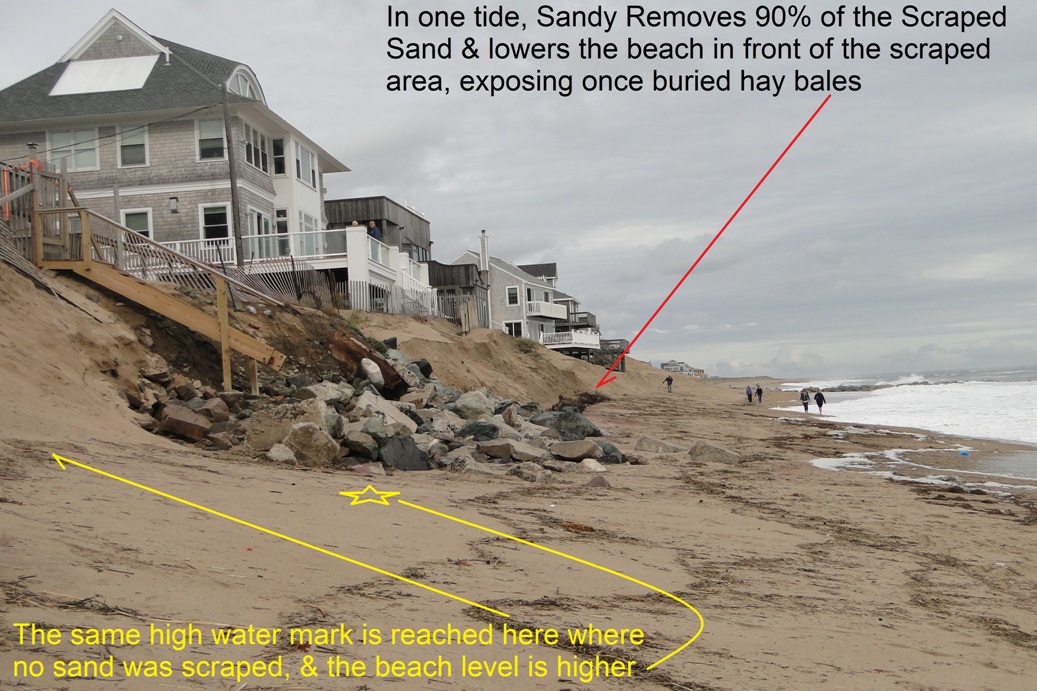 While one scraping event probably won't do a lot of harm, and can prevent minor inundations, its widespread use will destabilize the shore giving rise to more problems. Plum Island has been, after all, adulterated with misunderstood interventions. We shouldn't want to employ more of them.